寻找音乐和生活的平衡, “Finding A Balance Between Music And Life” 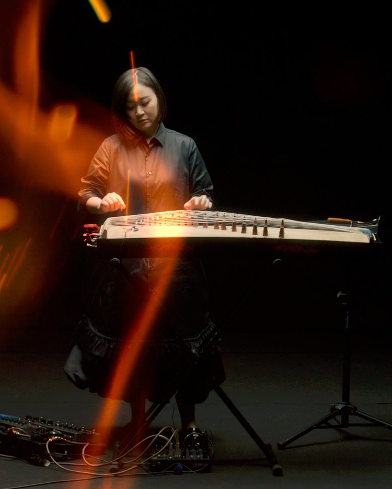 “Since Counting and Cracking is one of my all-time favourite theatre experiences, I can’t wait for宿 (stay) by Western Sydney company, Kurinji and the musical ensemble, SAtheCollective. I was so excited to speak with S. Shakthidharan, co-founder of Kurinji with Aimée Falzon and the writer of both Counting and Cracking and 宿 (stay).  I fangirled him for several minutes when we met on Zoom to discuss this new production which is billed as a hauntingly beautiful blend of music, dance, film, design and dialogue.” – Reviews by Judith

Extracted from the interview:

“We’ve talked about the differences within the ensemble but the absolute solidarity we have, from the word go, is the artforms we have been brought up in.  Whether it be Tagalaka, traditional Chinese in terms of the heritage of the Singaporean ensemble, or my own South Asian upbringing, the way that we view culture is not separate from everyday life.

Whether it be song or dance or music or storytelling one can flow into the other without break –  they are not separate art forms. Not artforms that are put on inside certain venues and which are separate from the rest of society.

You might sing a song while you’re working, or tell a story as are you are walking through your land. The connection with the natural world is absolute, meaning it’s not a glorified or nostalgic thing, it is part of the DNA of how an artform works. As an example, the particular way you play the yidaki, or digeridoo, might emulate the way ocean waves hit the shore. We have rhythms in traditional South Asian music which are the sound of how a deer runs through a forest.

So the form of this work tries to tell a story in each scene in a particular mood as film, dance, dialogue, music, and so on flows like a river between all these forms throughout the work.”

Link to full interview and audio version can be found here